An attempt at mirroring the normative reactions/ narratives /hang-ups that seem to dominate in our society â€“ the hierarchical view of which are â€˜goodâ€™ ways to make babies, and which are less good.

Biological mother and biological father, living together, supposedly in love (in some persons view preferably married before conception), having had intercourse/ traditional penetration sex to achieve conception of foetus. 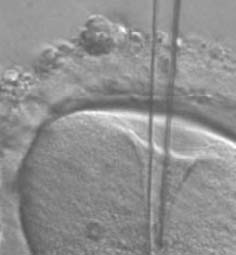 Same setting as above, just with some technical support, such as in vitro fertilisation, boosting the sperms, etc. However, one does not mention the medical aspects/support, they are still somehow taboo. In particular male infertility treatment...

A ‘mistake’, not planned pregnancies, with the man and the woman having had intercourse/ traditional penetration sex, but not being in love, just having a sexual relationship.

A married, heterosexual couple adopting a child because of infertility. Non-biological, but full time legal parents with a secure and stable relationship. Outside podium Single (heterosexual) women going to a clinic to get pregnant via insemination with anonymous donor sperm. Suspicious, very. Could they not just get a man…

‘Single’ persons adopting a child. Is that really a responsible thing to do.. ?

Not allowed to be part of the line-up, totally disqualified

Gay men parents, all categories and formulas. Only approved as sperm donors - to lesbian friends, not to heterosexual couples where the man is infertile.

And my point is, that this normative judgements exist without any knowledge of how and by whom the care taking is being organised for the child. Care is not a significant parameter in judging what are ‘good’ and ‘bad’ ways of making a child. Or, actually, I do think it is – but unspoken somehow. It is sadly just assumed that it will be ‘better’ for the child to be born out of a biological father and mother that takes care of her/his upbringing. Better than any other model of formula. This is what I call judgemental, and dangerous simplicity.