On 20 August 2009, Western Europe came very close to my African compound. Radio BBC World serviced news about 18 year old Caster Semenya. She had scored a world record at the womenâ€™s 800 metres during the World Athleticsâ€™ Championship in Berlin.

The BBC airwaves were full of phone-ins with listeners, statements by male doctors, scientists, sports commentators as well as Semenya’s relatives. Her margin to the runners-up was so big, her voice so little ‘female’, her muscles so shapely that this Black South African athlete has to undergo a gender test to confirm or deny whether she is or is not a woman. A “sex” test of XY and XX chromosomes is part of a larger “gender” inquisition which comprises among laboratory examinations of body samples a psychological interview and an inspection of the inner organs of the person. 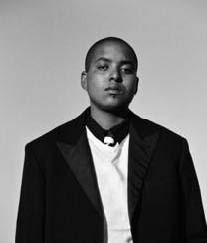 Usually a person has to produce such results when he/she wants to change the “sex” entry in his/ her passport. I felt sorry for Caster Semenya and angry and wondered like other African listeners, whether there was racism involved in the affair as well as the obvious sexism. I then learned from Berlin friends that the media hype which agitated me in Africa was no big deal in Europe.

“All Brandon Teena wanted was to be one of the guys ; unfortunately he was a girl.”

In 1993, Brandon Teena was murdered in Falls City, Nebraska, because s/he interfered with some people’s gender perceptions. “Boys don’t cry” : Only a few weeks ago, we had watched this movie in our plastic chairs under the flamboyant trees, with an occasional cat checking us out. Oscar winner Hilary Swank played the 21 year old. Brandon might have been called a Drag King in more comfortable and self assertive circles than in the poor white neighbourhood in which s/he moved around. Kimberley Pierce directed what we saw screened on the walls of our house in Ghana. For over a year now, every other Thursday night the garden has become an outdoor cinema where we show movies under the motto “Abako Queer Cinema”. I invite my friends and neighbours.

In Ghana, 5 degrees north of the Equator, every day night starts at around 18.00 hours and ends with a quick sunrise at 06.00. That is a long stretch of black dotted with artificial lights. When we set up the movie nights, there was no proper cinema in the capital with screens and programmes like the ones I was used to from Europe. But we had darkness for free, whitewashed walls and a projector plus a laptop and DVDs. (…) Lagging behind is also the acceptance of Gay, Lesbian, Bisexual and Transgender human beings in this part of the world. “Unnatural carnal acts” are penalised by the Criminal Code. Everybody assumes that this (also) means homosexuality, however the word is notmentioned. Entering Ghana at Kotoka International Airport’s arrivals’ lounge from the plane, the visitor cannot but notice a warning sign. It reads one should not seek “paedophile” contacts in the country but rather turn back to where one comes from. Everybody assumes that this is supposed to frighten off gay guys be them Ghanaian or else, rather than to protect minors. This is a country where it is OK formen or women to walk in the street holding hands and being close but it is not OK to be gay. In September 2006 a rumour was spread in the local newspapers about an international LGBT conference which should soon take place in Accra. For weeks, politicians, preachers, pedagogues and radio presenters deplored this horrific prospect, a pastor was quick in adding a commentary published in the main paper, that New Orleans had been rightly destroyed by Godsent floods because homosexuals celebrated their Mardi Gras in this town. Another commentary mentioned matter-of-factly that some Ghanaian girls enjoy having sex with their women teachers in boarding schools as a passing phase in their lives. 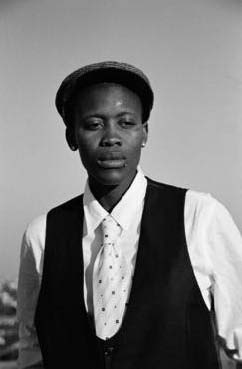 One truth about LGBT in Ghana is that “MSM” – men having sex with men – exist. The term is used to describe one of AIDS/HIV fighters’ such as the United Nations Agencies’ target groups. Gay bars exist in downtown Accra, people advertise all sorts of contacts in chat rooms. Gay Ghana can be easily googled. Even a football team seems to play regularly on the University grounds. Scamming gay foreigners is frequent, whereas warnings against this can also be found on the net. It may be superfluous to mention that it is more difficult to spot lesbians. So we tried to invite them. After a year, we succeeded in having a rather mixed crowd for the movie nights, most of them regulars, some gay, some lesbian and some straight. The films however are always queer.

Right from the start, I had called my movie nights Abako Queer Cinema.

ABAKO is - An expression which has been taken from Congolese French : A bas le costume – dress down, dress informally. From an African perspective it means : do not wear colonial suit. I had learned this expression while travelling in West Africa. When I invited guests to the queer cinema I did not mean it exactly in the sense as coined by film critics like B. Ruby Rich. And I wanted to be careful because of the apparent antipathy to the word as expressed in Ghana.

QUEER is – A good story. A story with a twist. A story on gender roles. A story with gay/ lesbian characters. Queer stories are many around. I chose the ones closest to my heart, available within my range of DVDs or easy to get and not too explicit sexually.

CINEMA means – It’s movie night in our garden. Have a drink, have a snack. Sometimes I prepare food that goes with the film. Beans for “Brokeback Mountain” cowboys. Rice and dal for “Fire” sisters-in-law. Cake for “Better than chocolate” librarians. So please, take your seat. Enjoy the film, the company, the talk.

Is she that busted ? 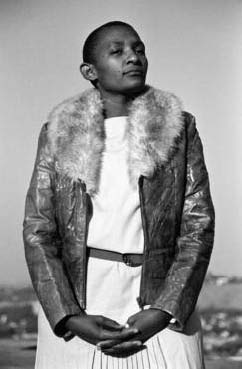 In the beginning, I had been questioning myself about who to invite ? Gay Ghana – yes or no ? But who ? How to find them ? I have personal contacts, friends, expatriates, others. I knew film-makers and a Pan-African activist (she never attended). I had people on my invitation list who did not turn up although complaining frequently about “nothing to do for us”. Some foreigners are afraid to mix with Ghanaians ; others prefer indoor movies in air-conditioned rooms. That’s not us, but fair enough. Others are happy to come along. The right mix for me is : not too many straight white happily married expatriate couples. And which films ? (…)I try to avoid terrible fates, sad stories, don’t always want films ending in death (punishing the gay character, the woman who steps out of her “female” ways). That is why I hesitated to show “Brokeback”, “Milk”, “Boys don’t cry”, “Philadelphia”. I think about gender stereotypes versus gay imagery. “Billy Elliott” is not gay but works against gender stereotypes. “Funny Bones” is not gay but queer.(…) Twice we showed a carefully selected episode of “Queer as folk” and “The L-word” before the main films, both episodes dealing with the Gay Pride parades.

For “The Times of Harvey Milk“ we welcomed over 20 spectators and kept bringing more chairs. Our regulars voted this 1980s documentary later as a much better, more political and further reaching story about sexual and ethnic diversity than the movie version with Sean Penn. Claire Denis’ “Beau travail” provoked mixed reactions. Our male Belgian friend, a communications researcher and “tribal” African art connoisseur was full of praise as were the hostesses. We loved the way Denis portrays soldiers doing house work. We admired the separation between the two Africas, one inside the camp with the legionnaires exercising their bodies or digging roads to aid development, the other outside with African train passengers in comfortable seats who rolled their eyes on witnessing the white man’s exercise in hard labour. (…) 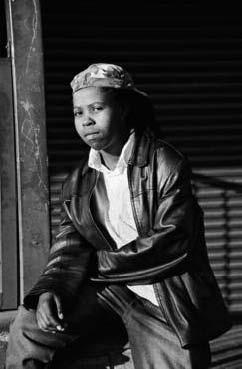 Other gaps concern knowledge about the USA. While Ghana was eagerly waiting for US President Barack Obama’s visit, we wanted to add a queer angle to the “Yes we can” and “He is one of us” mania. So we showed “Born in Flames” which ends with the antenna on the World Trade Centre being blown up by the feminist army. We have a gay US friend and he found this movie by Lizzie Borden rather awkward. A naked man is shown but this film is free from the age of 12 ? A socialist revolution in the USA and lesbian feminists take action, is it fact or fiction ? “I do not understand,” he confessed. I explained. After this revolution, women were still second class citizens. Our young friend from Cologne stepped in : “And what their leader says is true, 500 mice can make more damage than a lion. That is why the women acted in small groups.” Again we loved the visual imagery the filmused to show women’s work, be it factory workers wrapping chicken breasts in cling film or a sex worker slipping a condom over a penis. And while we knew the film from its first screening in the mid-eighties at a “Lesbenpfingsttreffen” in Germany, what we did not know is that Lizzie Borden was also a famous woman in the 18th century and that she is memorialized in a popular jump-rope-rhyme :

Lizzie Borden took an axe And gave her mother forty whacks. When she saw what she had done She gave her father forty-one. The historical Lizzie Borden was sent to prison. She had to undergo a trial for murder and was acquitted. History reports that Lizzie Borden was also a lesbian. Why ABAKO ? I think I wanted to combine pleasure and mission. I wanted to have nice company and intelligent entertainment. I love queer movies. I love to read across the lines or images. Often I have to. And that is how many of us can find pleasure in mainstream. I find it “normal”. Some however may not know what I am talking about. “Stan Laurel and Oliver Hardy” as the perfect gay couple ? A gay subtext in John Wayne’s Westerns ? Yes of course. You can apply this type of “gaydar” to most films. A lesbian movie audience has been using it for ages to identify with all sorts of “Aliens”. What about “Star Wars“ asks my counter-part ? Didn’t they have these 2 robots, one small one tall ?

Marianne Lange, at present in Ghana, is a journalist of German nationality and enjoyed reading SCUMGRRRLS from the start