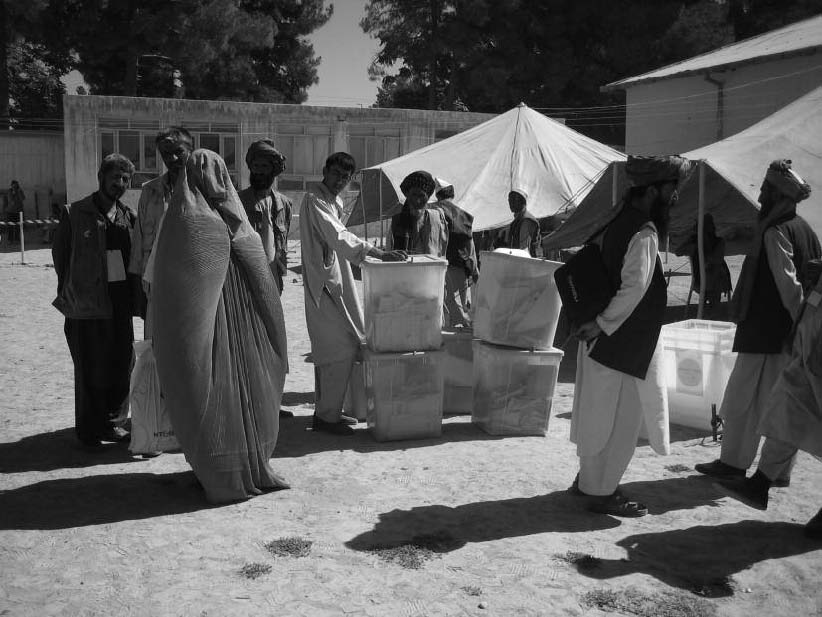 Women played a part in perpetuating this fraud, although these were non-existing ghost women. In August, Afghans went to the polls to elect their next President. While the Presidential elections in 2004 were surrounded by an air of hope, this year’s elections were surrounded mostly by security concerns, distrust between the Afghan public and Afghanistan’s political leadership and distrust between the international community and the Afghan people and government.

The elections did not go well. Some inexperienced international journalists did get carried away and reported how Afghans bravely defied the Taliban, in order to be able to choose their country’s next President. International organizations and governments also published their usual post-election congratulations. Many Afghans did vote, but the elections left many Afghan and international observers wondering what these votes are worth ? It is becoming increasingly clear that massive fraud took place during the Afghan elections – to the extent that it needs to be questioned if the outcome of the elections can be trusted.

From a feminist perspective one interesting feature of the Afghan elections is that women (although not real women) played a major part in enabling the electoral fraud.

Who Registered to Vote ? 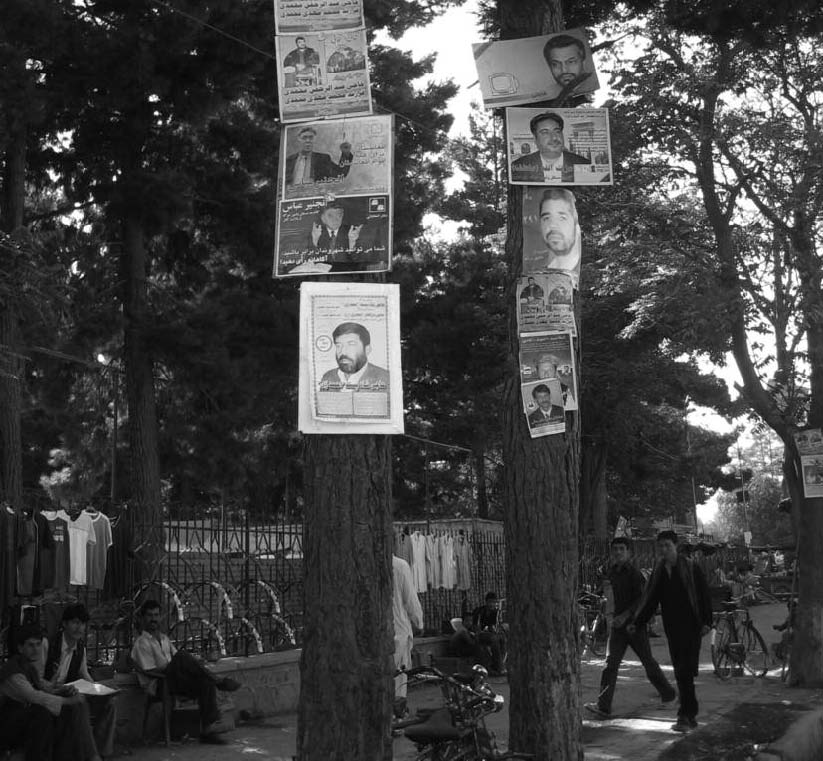 Many of these “ghost voters” are women. While as a general rule all voters’ cards should have pictures of the voter, exceptions are made for women.

Afghanistan is a very conservative country and it was presumed that women would have difficulties in registering (they would not want to or their families would not allow it) if women would be forced to unveil for the voters’ card photo. As a consequence, women can choose if they want their picture or just a thumb print on their voters’ card. While each voter is under the obligation to register in person, exceptions are again made in practice : Heads of families and community elders have been allowed to register lists of women’s “names” and been given voters’ cards for some “real” women (mothers, wives, sisters and daughters) and many ghost women (also claimed to be mothers, wives, sisters and daughters… ).

The proxy registration of women voters has been particularly prevalent in the conservative Pasthun areas. In the last elections, some enthusiastic foreigners reported about success of post-Taliban women’s emancipation, as more than 50% of the registered voters in some of the Pasthun provinces were women. More critical observers questioned what was the reality behind this sudden “women’s liberation” ? Women have been held firmly outside the public realmin these provinces long before the 1990s Taliban takeover and the end of the Taliban era did not fundamentally alter the conditions and customary norms under which women live in Afghanistan. So, why would women suddenly choose or be allowed to register to vote ? Some certainly did, but many did not – many could not, as they simply did not exist.

The kind explanation to the over-registration could be that many Afghans are unfamiliar with democratic electoral systems and that some heads of households and community leaders simply – and rather innocently – wanted to help their favorite candidate by adding a few extra ghost women voters to the mix. However, this is probably a too kind explanation : The overregistration of women voters has in some areas been so extreme and systematic that it could not have happened without the knowledge and help of electoral staff.

Candidates themselves have prepared for the elections not only by plastering posters all over the country and developing catchy electoral slogans, but also through actively working towards ensuring that their supporters were employed by the Independent Electoral Commission (IEC), so that over-registration in their favor was possible. Afghanistan is a poor country, and people do seize the opportunities for some extra financial gains that are presented to them : Hence some IEC staff has already been ready to sell their services to the highest bidding candidate.

After the elections there was fierce behind the scenes negotiations between the two leading candidates and key international actors. When this issue of Scum went to print negotiations were still ongoing. The question to be solved was, could both leading candidates and some of the other key political actors be appeased with getting a share of the political power, or would a second electoral round be necessary to at least give an impression of free and fair elections. Having spent some years in Afghanistan, I know enough to say that the Afghan public will certainly not be happy only because their candidate gets a piece of the power cake (Afghans would like to see some change !), but they would also not be fooled by a second round of elections (a flawed process does not become less flawed because it is done twice !).

But what about the women ? Well, if Afghanistan ever does a population census, we will probably find out that there are some hundreds of thousands of fewer actual women than there are women voters. It will also become evident that there no great wave of women’s liberation has rolled over the Afghan south : Most women’s live continue to be lived inside the walls of their homes. Some do so by choice : What is there to see outside, but desert, conflict and poverty ? Others are forced to stay at home : What reason could there be for women to leave their homes ? School possibly, but certainly not voting.